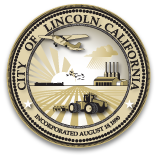 Originally opened in 2007, the library located in the city of Lincoln, California, was in desperate need of greater IT flexibility and operational efficiency. Using the same technology since their opening, their hardware was outdated, often crashing when members of the public attempted to use the infrastructure. There was no way to centrally manage the workstations, and the hardware/software combination was so outdated that vendor support was nonexistent. Coupled with slow network and internet speeds, the entirety of the Library’s IT system was almost inoperable.

M&I consultants worked to design, stage, and implement an entirely new infrastructure using cutting edge, industry standard technology that replaced networking, storage, and computing components with capable and scalable devices.  When combined with managed virtual desktop and server platforms, as well as networking at greater speeds, the network was brought into total compliance with the Library’s needs with room for future expansion.

“We replaced the entire network switching with high-end switches and put management servers on a virtual platform. They run on two physical servers now, with six logical servers on a virtual platform. We also replaced every computer there with a thin client that’s about a quarter of the size of a regular computer. Now if updates need to be made, we do it to one image, and the next time someone logs in, they get all the changes right away.” —Chris Harp, M&I Senior Consultant

After the Library’s networking, management, and computer issues dissolved following completion of the project, the management of the environment could begin to shift into the hands of the employees, while M&I consultants maintain the environment and perform all necessary background upkeep. Belen Fernandez, the Library Director at the time, saw a high value in what M&I consultants brought to the project.

“We’d felt so alone and abandoned, and when M&I came in they talked to us like we were smart and had something to contribute. I’ve been the Director at three libraries and talking to someone from IT is just not something that you want to do. M&I was never like that. They were always listening, and they were very compassionate… There’s so much more we can do for our customers because of this new technology that they brought in.” —Belen Fernandez, City of Lincoln Library

“That’s where the consulting side of our business really comes into play. Everyone is different, and taking the time to sit down with the library volunteers and employees and find out what their base knowledge is and building upon that was important to us.” --Chris Harp

Library employees noticed a difference right away, and were pleased with the fact that the M&I consultants were available to help train them on the new hardware, and answer any questions they had.

“Even though they weren’t always physically in the building, the support we got was like night and day. They didn’t come in and set things up and run away. They were there to constantly work with us. Lincoln is a small town, and everyone is connected to everyone else, and they did a tremendous job of bridge-building. We have older volunteers for Friends of the Library, and they were so good with them, and so patient.” —Belen Fernandez

Bringing M&I on as the IT provider for the city was probably the best thing to ever happen to Lincoln… They saved the city, in my opinion. —Belen Fernandez

Although Fernandez has since moved on to work for UC Davis, she still holds M&I in high regard, and is eager to recommend them to others.

The team that has been assembled there is awesome. I would recommend M&I to any library anywhere in California, because they have your best interests at heart, they’ll listen to you, and it’s not about their company or their profit, it’s about helping, and that’s a rare thing today.” Belen FernandezCity of Lincoln Library

Feel free to call us!